An unfair holdover from the dark days of the cold war between Cascadia and The Empire is the Empire Food Tax—a tax not only on foods imported from the Empire of Australia but also those foods deemed to be "more than 51% authentically Empiracal."

Cuisine the world around is the great melting pot. In brings cultures together over a meal and creates new jobs for those in need of work. Everything should be done to increase the viability of food businesses of all kinds.

That is why Filthy Lucre strongly supports the matter currently before the parliment to repeal this tax.

We also believe that now, given Cascadia's improved relations with its old parent that the original purpose of the measure, to punish those businesses supporting the Empire, is no longer a valid one.

So, we say repeal this tax now!

Rumors have started circulating that HyperFoxes may be considering major layoffs in the very near future.

HyperFoxes is currently trading at 50.00.

Employees of 77 woke up to a terrible surprise today as the company announced it was eliminating a substantial segment of its workforce.

What, ultimately, this could mean for the price of shares in 77 is uncertain, but it assuredly means hardship for the many employees who now will be looking for new jobs to sustain them.

Rumors have started circulating that 77 may be considering major layoffs in the very near future.

Employees of Lucrative Publishing woke up to a terrible surprise today as the company announced it was eliminating a substantial segment of its workforce.

What, ultimately, this could mean for the price of shares in Lucrative Publishing is uncertain, but it assuredly means hardship for the many employees who now will be looking for new jobs to sustain them.

Lucrative Publishing is currently trading at 100.00.

Rumors have started circulating that Lucrative Publishing may be considering major layoffs in the very near future.

Lucrative Publishing is currently trading at 100.00. 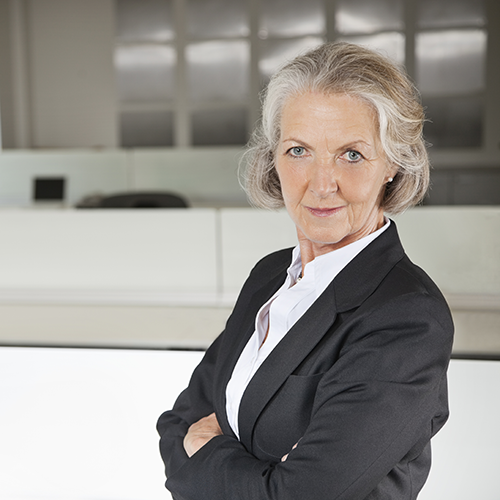 Healthcare is in her blood. She's the grand-daughter of famous physician Elliott Simonson and the daughter of Simon Simonson, who co-founded Simonson-Benson Health Solutions. She rose through the ranks at SB Health to become a senior executive and became one of the company's largest stockholders on her father's passing. Dismayed by the changes being made at her father's company, Elizabeth sold her stock in the company and used that capital as seed money to launch a rival: Sirona. Organized as a public benefit corporation, Sirona's mission was not to satiate hungry shareholders but instead to deliver the best healthcare possible for its patients. We sat down with Elizabeth at her office in Sirona's Cascadian headquarters.

FL: Thank you for making the time to talk with us.

ES: It's my pleasure.

FL: You started Sirona Health just under a year ago with seed money from your shares in SB Health, but while that certainly was a sizable sum it wouldn't have been enough to build a health care company from scratch... So, how did you pull that off?

ES: Really, it's a lot of coincidence. I was invited to a party at the house of the Australian Ambassador and she and I began talking about the healthcare situation throughout the world. How the profit model for healthcare as it stands worldwide pits shareholders against patients against doctors against providers. It's all one nasty circle and the result is that if somebody is doing well somebody else is suffering. Literally in many cases. The Ambassador listened sympathetically and I mentioned casually that I had just sold my stake in SB Health to start a new company. A week later I received a call directly from the Empress.

FL: Clearly the Ambassador was being more than just polite.

ES: Yes, clearly she was. I never expected it. The Empress had been well briefed on our conversation and said that she wanted to help. At that point I knew I was going to use my own money, but I knew it was going to take a lot more than what I had at my disposal. At the end of our conversation, the Empress said that she would invest through the Empire's Sovereign Wealth Fund. She also thought that she could bring in Thunderbird Holdings as an additional investor.

ES: Between them they brought in nearly 40 times as much capital as I was able to commit and it made the company immediately viable.

FL: Critics, some from this very magazine, have said that your business model isn't a real business model but is instead a socialist plot to destory an entire industry.

ES: Well, to some extent that's exactly what it is. People all over the world are dying because their healthcare company's are trying to wring every penny they can from people. People are going bankrupt trying to stay alive. We set out to make a company that would make a minimum profit, but would instead benefit humanity in a bigger way. The Empire and Thunderbird don't invest in us for the ROI. They invest in us because they believe in our mission. We're breaking even financially, but the social and human returns are priceless. 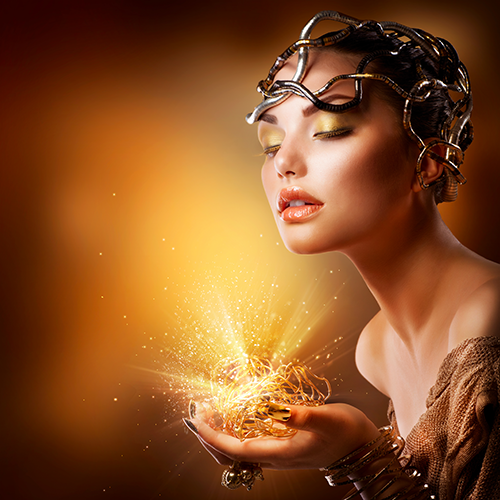 For centuries Man has set out on the quest for the elixir of eternal youth, sought to invent the perpetual motion machine and dreamed of getting something for nothing. But while we still all shall get old and the laws of physics still hold there are few who have achieved the ability to draw wealth from thin air.

Wake Clearfield is the latest such miracle man.

In a recent interview Mr. Clearfield expounded to me the virtues of his new business and the fabulous wealth it has brought him.

"I have none of the hassles of ordinary business ventures. I don't have to source materials, pay to transport my product, carry an inventory, or worry about pilferage and theft."

"And how about customer satisfaction," I asked.

"That is another wonderful thing about this business.  My customers won't ever complain, or try to return my product for a refund, even if my product doesn't live up to any of my advertised claims."

"Surely those ubiquitous and pesky government regulators will investigate  your business for false advertising," I countered, "if your product turns out to be seriously flawed and the claims for its worth turn out to mere fabrication."

"They won't because they can't. Those government regulators are specifically  forbidden by law to investigate, or even criticize, any of the claims I make for my product."

"But surely," I protested, "you must abide by consumer protection, environmental and safety regulations."

"Not in any way that concerns the claimed benefits, if any, of my product. My product is not subject to any testing, inspection, or licensing by any government agency. I am not even subject to the Revenue Agency.”

"That can't be true.  All businesses have to pay taxes on the income they can't hide," I argued.

"Nope.  None of the income my business brings in is taxable, not by Cascadia, or the federal governments of any other country we do business, or even any locality. Hell, I don't even have to pay property taxes on my place of business. And you ought to see it. No expense spared to make it a showpiece. I even get my police and fire protection paid for by ordinary taxpayers even if those taxpayers don't have any use for my product. Even if they detest it, they still pay.

The interview continued for some time during which I found out his product comes in a variety of flavors and a number of dosage strengths, from five daily dosages, to a weekly dosage and even a once a year dosage. It seems also to come in a variety of packaging options, from a three in one package featuring a rather opulent scarlet and gold covering to several plain brown packages each seeming to promise the same version but upon tearing open the plain brown packaging finding slight variations in the product versions, which while appearing insignificant to the casual observer, turn out to be of monumental importance to specific consumers.

An example: the day of the week it is best to use the product, some insist it should only be used on Saturday while others argue strenously only Sundays will do, while still others set aside Wednesdays and alternate Friday nights for its use. Whatever day they set aside it is usually the only day they put the product to any use.

The interview over, I thanked the good Reverend Clearfield for his time.

As I started to leave, but before I could open the door of my Lolota Shamry, my compact and practical auto coach was sprayed with gravel from the spinning tires of his vintage Bennington Luxe 947.

Clearly, I am in the wrong business.