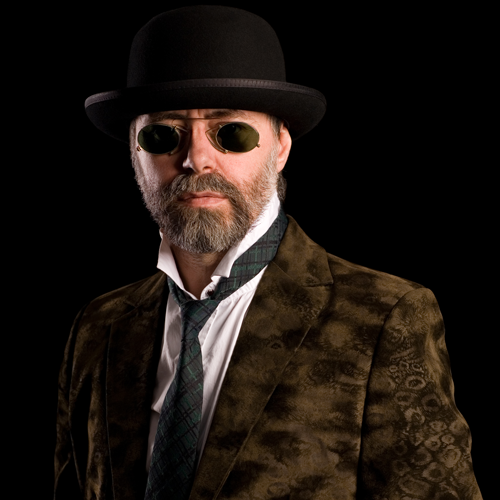 Born the son of a fisherman and a baker, Toshe Marinos is one of the most unqualified success stories in Cascadia. As a young man he parlayed an apptitude for numbers and mathematical equations into a full-ride to Wimehl University where he studied under the eminent physicist Hugh Everett and alongside another prodigy, Jasper Taylor. The story of their success is now legendary, as is the sad history following their initial success. Toshe Marinos rarely gives interviews, but after years of trying he has finally agreed to speak with us at Filthy Lucre.

FL: Thank you for speaking with us, Mr. Marinos.

FL: There's been a lot of controversy surrounding Paralux in the last few months. Can you talk a little bit about your take on it?

TM: The controversy has been stirred up mostly by Josephine Imre. She's always been jealous of the success that Paralux has had.

FL: So, you're saying there's no merit to any of her accusations?

TM: It's not merely that there's no merit to her accusations. Her accusations are crazy. The woman should be locked up. They call me eccentric, but I haven't gone around starting militant cults that target people for murder.

FL: You're saying she's behind the recent spate of murders and disappearances at Paralux?

TM: Absolutely that is what I'm saying. She's preyed upon people who were rightly shaken after The Outbreak, an outbreak I would remind everybody that we stopped along with Morgen Genentech. She's convinced these people that we had something to do with this disease and has set about spreading all kinds of rumors and lies about what is going on at Paralux and Morgen. Some of these lies were published in this very magazine. She's gotten people to follow her and some of these people are even crazier than her. Some of them are violent and crazy. And she's done nothing to control them.

FL: Ms. Imre has stated that she doesn't know or control what some of those who agree with her beliefs are doing.

FL: You deny that Paralux had anything to do with the outbreak?

TM: Right now, as we sit here, there are more than 100 billion microbes living on and in your body. Some of them are friendly. Some of them are hostile. At any moment in time any one of those microbes might evolve into something that your immune system or the immune systemsof every other human on the planet has never encountered. It's possible that same microbe could evolve mechanisms to attack your body that your body simply couldn't defend itself against. The truth of the matter is that diseases, bacterias and viruses, are here on Earth just like us and they evolve and try to live out their lives. Sometimes something changes that we can't foresee and those microbes develop into something new that is dangerous to us. It can happen any time, any moment.

FL: What do you think of Morgen's announcement that they're working on some kind of deep detection and evaluation system for disease?

TM: I think it's a monumentally huge project, but it's one I support them doing. Paralux itself has also doubled its research into unusual diseases found in remote parts of the world to attempt to identify the 100 that are most likely to give us trouble. It's a constant battle to fight against all the disease out there. We need as much help and coordination as we can get.